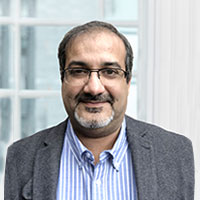 What is Tadalafil (Cialis generic)?

Tadalafil is the active ingredient found in the erectile dysfunction medication Cialis. Previously Tadalafil was on a patent, but this has expired. Tadalafil is now available to buy without the Cialis branding.

Because it's the active ingredient in Cialis, Tadalafil is just as effective; the only difference is that it may cost less. Tadalafil is often referred to as 'generic Cialis'.

Tadalafil is very popular because it's a long lasting medication, lasting up to 36 hours and beginning to take affect within 30 minutes. It's the longest lasting impotence medication currently available. As well as supporting sexual performance in men, Tadalafil is used to treat prostate gland enlargement and other conditions affecting men's sexual health.

It works in the same way as other PDE-5 inhibitors used to treat erectile dysfunction (impotence) in men – by boosting blood flow and preventing chemical messengers that trigger the release of blood. Tadalafil helps blood flow to the penis to create the erection, and then helps keep it there until orgasm. It doesn't treat psychological problems, but it can help to break a cycle of performance anxiety triggering impotence issues in some men.

Your doctor can prescribe Tadalafil if you're struggling with sexual performance. It's a prescription drug because it can cause interactions with other medications and is not suitable for all men, for example nitrate users should not use PDE-5 inhibitors.

Its lower dose of 5mg may be taken by men who otherwise can't use a PDE-5 inhibitor including men with heart conditions, high blood pressure and diabetes. Your doctor will advise further and choose the correct medication and dose for you.

You may have heard Tadalafil referred to as The Weekend Pill. This is due to its long lasting nature. Men who take Tadalafil on Saturday may find it lasts the whole weekend – a benefit appreciated by couples as it relieves the pressure of timing sexual intercourse.

How does Tadalafil work?

Tadalafil is a PDE-5 inhibitor – a phosphodiesterase type 5 inhibitor that increases blood flow to the penis when you are sexually stimulated.

One of the main reasons for impotence is poor blood flow to the penis, although there are other reasons too such as a fall in testosterone, nerve damage, stress, anxiety, depression and a lack of sexual interest. Getting an erection is a complicated process and it can go away.

Erections begin in the mind. A sexual suggestion or stimulation sends chemical messengers to the penile blood vessels, encouraging them to relax and allowing blood to collect in the penis – this creates an erection.

The two corpora cavernosa chambers located inside the penis fill and swell with blood to create an erection. The chemical cGMP is used to relax the blood vessels – your brain releases this chemical when sexually stimulated. After sex the chemical known as PDE-5 is automatically released to break down cGMP and allow the blood to move out of the penis.

PDE-5 can be inhibited for some time using an erection medication such as Tadalafil. This gives you more control over when your erection dissipates, helping you create and sustain an erection.

It's important to remember that all PDE-5 inhibitors, including Tadalafil, will only work if you are sexually stimulated. If you take Tadalafil, or other impotence medication, but are not stimulated then an erection won't occur. Some men worry they will take Tadalafil and immediately have an erection they cannot control, but this is not the case.

How to take Tadalafil?

Tadalafil needs to be taken at least 30 minutes before sex is expected in order to have enough time to take effect. It can work very quickly in some men depending on the body's metabolism.

Only one Tadalafil is needed in 24 hours. Taking more than this can create unwanted side effects. Your doctor will prescribe the right amount for you, and you should not alter this dose with prior consultation.

Tadalafil is easy and discrete to take. It's a small oral tablet that should be swallowed with a glass of water. It comes in different dosage so you shouldn't need to break or cut the tablets. Avoid chewing them too as this will reduce its impact.

You are able to eat normally with Tadalafil unlike some erectile medications that need to be taken without food. However, alcohol should be avoided because it lowers your blood pressure. If you decide to have a drink, be careful when you stand or move quickly as you may feel giddy. Grapefruit juice has been found to interfere with Tadalafil too, reducing its potency, so avoid grapefruit juice for the best results.

What dosages are available for Tadalafil?

Tablets are available in 5, 10 and 20mg single doses. The usual starting dose for erectile dysfunction is 10mg, which is often enough for the majority of men but if you have side effects it's possible to cut the dose down to 5mg. If the 10mg dose is not enough and you are still struggling to achieve or maintain an erection, your doctor may suggest raising the level to 20mg.

Generally the 5mg dose is prescribed to men with other heath related problems, those who have frequent erectile problems, and men who have prostate gland enlargement.

If you've had a reaction or side effect from other PDE-5 inhibiters Tadalafil may still suit you. All PDE-5 inhibitors have slightly different ingredients, even though they work in the same way, so you may find Tadalafil is a better fit. Report any previous side effects to your doctor so they are able to consider the whole picture.

What are the side effects of Tadalafil?

All prescription drugs come with risk of side effects. Tadalafil is usually trouble free for the majority of users, but if you do experience any of the following speak to your doctor who may adjust your dose or recommend a different impotence medication that suits you better.

Common side effects are usually mild and only last for a short period as your body becomes used to the new medication. Mild, common side effects include headaches, nasal congestion, facial flushing and indigestion. These are likely to pass quickly, but if they are bothersome speak to your doctor.

Less common side effects include chest pains, dizziness, palpitations, a rash or blurred vision. These are experienced by very few men, but if you are affected stop taking Tadalafil and seek your doctor's advice.

A very rare side effect to Tadalafil is an allergic reaction, this happens infrequently but any difficulties breathing, hives or sudden loss of vision needs immediate medical help.

A persistent uncountable erection, known as priapism, is a common concern with erectile dysfunction medication users, but it is very rare. If it happens, seek medical advice.

Tadalafil is a prescription medication, meaning you are not able to buy it over the counter at a pharmacy as it can cause side effects. Never take Tadalafil unless it has been prescribed specifically to you.

What are the precautions & interactions of Tadalafil?

Tadalafil should not be used in conjunction with nitrates, either prescribed medications such as some angina treatments, or recreational drugs known as 'poppers'. Tadalafil increases the effect of nitrates which can lead to side effects.

Other medical conditions such as serious heart disease, a stroke, diabetes, or uncontrolled blood pressure may cause an interaction with Tadalafil, but it depends on the level of your condition.

All PDE-5 inhibitors are made to treat blood flow to the penis. This means it will not have any effect on women, and should not be taken. Women taking Tadalafil will not experience a rise in sexual desire, but may fall foul of side effects.

How can I buy Tadalafil online safely?

Registered online pharmacies with a dispensing doctor can sell Tadalafil online. It's an easy way to treat your erectile dysfunction and avoids waiting for a doctor's appointment.

Do I need a prescription?

Tadalafil is a prescription drug due to its potential interaction with other medications and effect on certain medical conditions. You will need a prescription. If you are offered Tadalafil online without a prescription it is likely to contain counterfeit drugs that put you in danger.

Can I buy Tadalafil safely online?

Yes, we sell genuine Tadalafil that's dispensed from our UK pharmacy. You will need a prescription which can be obtained from our online doctor.

How do I know it is safe?

We dispense our medications straight from a UK registered pharmacy directly to you when you have a valid prescription. Our online doctor can provide a consultation.

Only buy medications from pharmacies registered with the Medicines and Healthcare Products Regulatory Agency (MHRA). A logo should be prominently displayed on the website with a link to the register. When the medication arrives it should be in original, authentic packaging with a full patient information leaflet.

Current reviews for the treatment Tadalafil

Rated with 4.6 based on 38 independent customer reviews (See all euroClinix reviews).